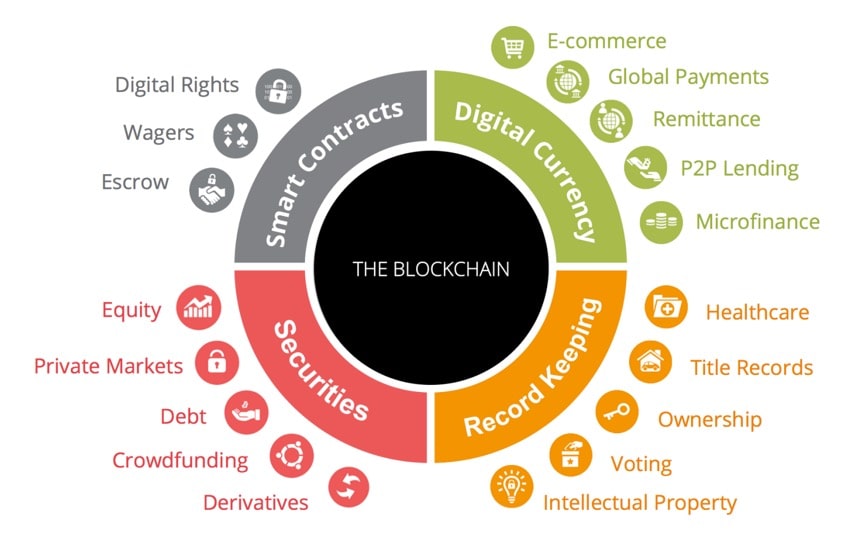 Blockchain technology is not a company, nor is it an app, but rather an entirely new way of documenting data on the internet. The technology can be used to develop blockchain applications, such as social networks, messengers, games, exchanges, storage platforms, voting systems, prediction markets, online shops and much more. In this sense, it is similar to the internet, which is why some have dubbed it “The Internet 3.0”.

The information recorded on a blockchain can take on any form, whether it be denoting a transfer of money, ownership, a transaction, someone's identity, an agreement between two parties, or even how much electricity a lightbulb has used. However, to do so requires a confirmation from several of devices, such as computers, on the network. Once an agreement, otherwise known as a consensus, is reached between these devices to store something on a blockchain it is unquestionably there, it cannot be disputed, removed or altered, without the knowledge and permission of those who made that record, as well as the wider community.